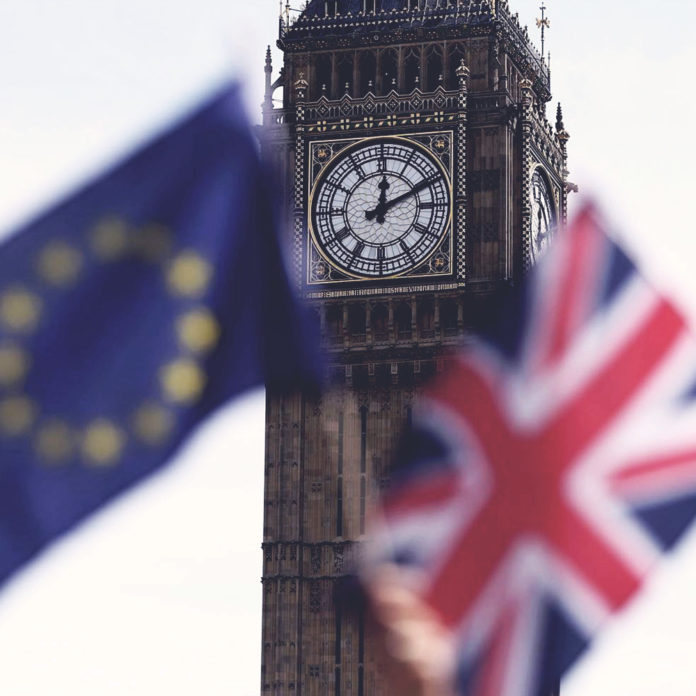 On Thursday, 23 June, the United Kingdom voted to leave the European Union (EU) – the end of a 40-year relationship.

Approximately 48% of voters opted to remain in the EU, while the remaining 52% won the day.

Four days later, at the time of writing this, the world is reeling while trying to make sense of the referendum decision and its implications.

The most immediate effect of the so-called Brexit was the resignation by prime minister David Cameron, who is set to leave office in October. In his resignation speech hours after the final results were announced, Cameron said he respected the results but he did “not think it would be right for me to try to be the captain that steers our country to its next destination”.

Basically: “This is not my problem, I wanted to stay. Now find someone who will fix this.” This is how I understand his resignation.

On the same day, UKIP leader and “leave” campaigner Nigel Farage was on Good Morning Britain, where he fumbled his way through a question about the £350 million which was allegedly going to the EU every week. The leave campaign had been arguing this money should be directed to Britain’s medical health system, the NHS, instead. Asked whether this money would now make its way to the NHS, Farage couldn’t give a definite response, except to say that the leave campaign “should not have said that”.

While Farage is not in government and was not part of the “official” leave team so cannot make those kinds of decisions, millions of Britons did not take that response lightly. Many, it is safe to assume, had taken this £350 million into consideration before casting their ballot.

On the very same day, former Mayor of London and Conservative Party MP Boris Johnson – who led the charge for the “leave” campaign – appeared at a press briefing. Johnson, whom I believe did not think his side would win, seemed to argue that it was not necessary to begin the process of making the exit official.

Instead, him and fellow leave campaigner, Michael Gove, said there was “no need for haste” in acting on the exit.

Since then, Johnson has not said anything more, save for a brief Sky News interview on Monday 27 June outside his residence. Boris argued that the UK would still maintain strong ties with the rest of the Union and foreign nationals living in the UK had nothing to fear as their rights would be protected. It would be the same for UK citizens living abroad.

Boris would have felt the need to make these remarks, I believe, as a result of the increasing xenophobic and – in some instances – racist insults hurled at foreigners across the UK.

The social media posts about foreigners’ experiences in subways, at bus stops, coffee shops, schools, and other public spaces made my stomach turn.

It reminded me of a conversation I had with a wise man in my life. He reminded me that money was a magnifying glass – it brings out what was always in someone’s heart, even when they did not have much of it.

Simply, people do not change in regards to this, what is inside of them is brought to the fore.

Could it be the same with the vote? That people did not wake up and have a change of heart – instead, the leave vote simply brought out what was always there?

The reality of the Brexit also hit home in the financial markets.

On Friday, US$ 2.08 trillion (US Dollars) was wiped off global equity markets after the Brexit vote – this was the biggest daily loss ever. Wow.

On Monday, 27 June, Barclays and RBS shares were suspended following heavy losses on the London Stock Exchange the week before.

While all of this was taking place, the official opposition is embroiled in battles of its own.

Labour Party leader Jeremy Corbyn is facing what has been dubbed on Twitter the “#LabourCoup” – after 12 of his shadow ministers (very senior positions in opposition, in the House of Commons), resigned. At the same time, most of these shadow ministers are calling for Corbyn’s resignation.

As I write this, Corbyn is said to be meeting with senior members of his party to decide on how Labour will deal with this turmoil.

Corybn is adamant that he will not leave without a fight.

The current Chancellor of the Exchequer – the Finance Minister – George Osborne made a statement on Monday morning to reassure investors and the international community. He argued that the UK economy was “about as strong as it could be“, despite the vote.

But will this be enough to reassure the Scots who, a few moments after the referendum results, were already hinting at the possibility of a referendum to decide their own destiny? This would see Scotland most likely leave the UK and join the EU.

This would, no doubt, undo whatever is left of David Cameron’s legacy.

Back in South Africa and the rest of the continent, we are yet to see and understand how the Brexit will affect us. But I hope many of the economists and business gurus are wrong in this instance.

It is all rather confusing, but another wise woman in my life reminded me on Friday afternoon – it is “in the hands of the Almighty”.

There can be no truer saying.

God is always in control, wherever you are, whatever you do – it is in the hands of the Almighty!