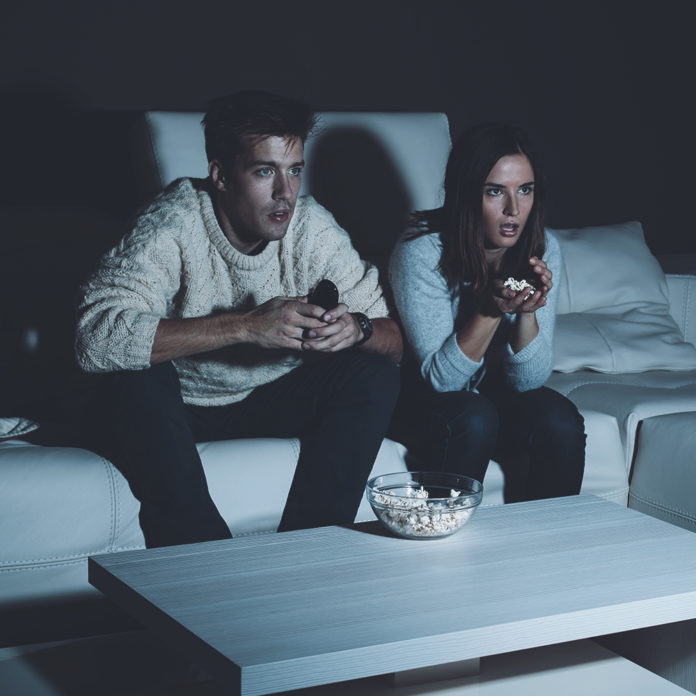 You’re tired. After a long day involving a whole lot of people and many variables of stress, all you want to do is go home and escape. The truth is, the best thing you could do is collapse on your bed and sleep. But there is too much you need to process. You can’t simply “stop”. You need that thing that is going to help you unwind and feel normal before you venture to your bed.

I don’t know if you can identify, but there are many days where this is the case for me. In times like this, all you want is something to either help you “escape” the demands of your day, or give you some sense of normalcy – and that “something” happens to be one of the biggest industries on the face of the planet: entertainment.

With Netflix just launching in South Africa and Showmax giving them a run for their money, Africa is finally catching up with the world when it comes to home entertainment. The streaming of series and movies means there is now so much more of a variety of things to see; so much more opportunity to get lost in alternative universes and escape from reality to be amused for a few minutes. I have to confess, I have watched two full seasons of Grey’s Anatomy. I am not proud of it, but it did help me “unwind” from reality. Modern Family is the perfect length if you need a quick fix, while Downton Abbey is there if you want to be coaxed into a coma after a big day.

The thing about entertainment is that it plays on our sense of reality. The most effective shows take elements that are relatable and factual, but then weave a story that is a degrees more “exciting” than actual life. This helps draw the audience into a world where they can be anything they want to be. It is a false sense of freedom and safety, but a very real part of modern day life. At university I met hundreds of students whose laptops had more series and movies on them than study guides or assignments. I am not proud of it, but there was a stage where I was watching thirteen series at the same time (I had a real problem) and had to get someone to keep me accountable so that I didn’t fail my year!

A few years down the line, however, I have been able to observe two kinds of entertainment. These two categories can be applied to books, films, series and activities. Both have different goals, and I would venture to even say both are helpful in everyday life.

Have you ever read a book, or watched a film and realised there is nothing of substance to it? This kind of entertainment is shallow and vaguely intriguing but doesn’t interfere with any cognitive parts of your psyche. The value of this category is that it makes people feel safe and familiar. You can return to a series every night after a busy day and you will see the same loveable characters facing their own generic problems and finding solutions. To be honest, most days my mind screams for this kind of entertainment – where you don’t have to think at all about what may be playing out before your eyes. You can simply observe a different world, completely aware of all its downfalls in narrative and CGI, and be content. I once heard a very successful, big-thinking speaker who deals with policy in the constitutions of nations around the world say that she watches Friends after a big engagement to make her feel “small” again. In many ways I can identify – not with the high profile life she lives, but with the need to unwind and feel “normal” after a day spent conquering the giants in my world.

This is the type of entertainment where, no matter how tired or distracted you may be, it makes you sit up and lean in. The artistic world presented before you is so well crafted that you are forced to engage with it on a deeper level.

I went on holiday over the New Year and a friend gave me Hemingway’s Old Man and the Sea. As much as all I wanted to do was be slightly amused as I lay next to a river for five days, the writing drew me in and made me think more than I had bargained for. Watching House of Cards, I came to appreciate the minimalism of style that turned this slow story into a thick plot with multiple levels of intrigue and meaning – even though I just wanted to forget about the fact that I couldn’t afford food at the time.

When you go to the theatres and watch a film like The Revenant, knowing the lengths they went to to capture this amazing story, you invest yourself not only emotionally, but intellectually as well. Christopher Nolan’s Inception and Interstellar push audiences to the extreme of this kind of entertainment, while the Bourne series demands our full attention throughout to understand what is actually going on.

This type of entertainment makes you feel clever. Whether it has lasting effects is another question, but this entertainment leaves you with a sense of refined understanding about your world, not only the one you have got lost in. I don’t know if it is just me, but if I am drawn to think about those who made the piece of art I have witnessed, then I consider it brain-fed entertainment because I am relating what I have seen back to real life.

I believe there should be a balance between the two, but both types of entertainment can be helpful. As long as, after the last page or when the credits roll, you are able to walk away ready to face the world again.