1Africa
Home Culture Book Review: What if there were no Whites in South Africa? 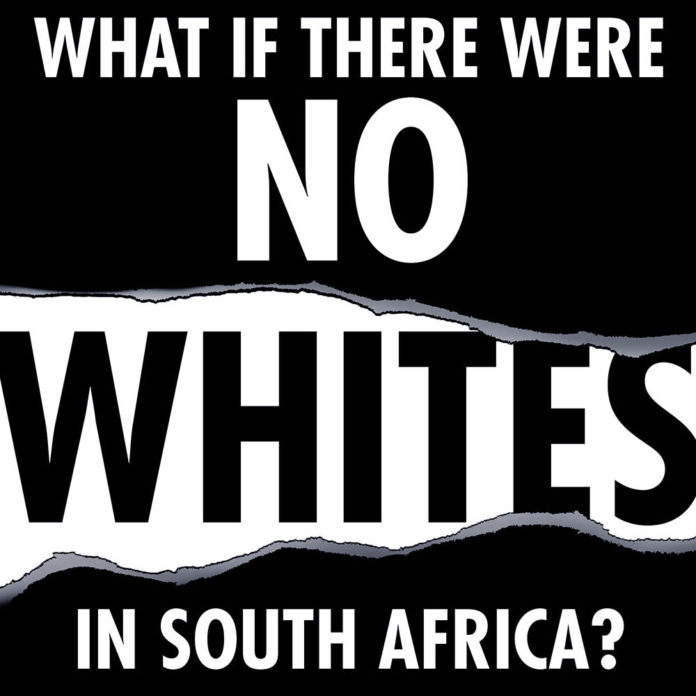 I just started reading ‘What if there were no Whites in South Africa?’ by Ferial Haffajee.

While I would normally wait ’til I had finished a book before recommending it, this one feels really important even after finishing just two of the six chapters. And I don’t think only for white people in South Africa alone, which is why I wanted to write about it here.

For those who don’t know, Ferial Haffajee is the editor-in-chief of the City Press newspaper and sits on the boards of the World Editors Forum as well as the International Press Institute. She has won a number of awards  both locally and internationally and so hers is a voice worth listening to.

I must admit that the book surprised me from the intro. The title seems to suggest that Ferial is calling for a procession of white people to be marched to the sea and then told to start swimming (or something a little more acceptable) yet it took a particularly different tack.

From the start Haffajee seems to be questioning the notion that whiteness is still very much in power. I can imagine one township friend in particular who would be shaking rage at even the thought of that. But one point that she makes which I found very interesting, and quite possibly true, is that a lot of the time when black people speak it seems, from their spoken experience, as if white people constitute 50% of the country’s population ( the true percentage of white South Africans is closer to just 8 or 9%).

I think my lived experience backs that up to some extent. And that is from a place of intentionally seeking to avoid spending time in predominantly white spaces. But my day-to-day doesn’t give me the impression that I am in the minority at all. What helps back that up is that so many of the people who occupy spaces of service (car guards, grocery packers, petrol attendants) tend to be black and so that informs the narrative in my mind that people of colour tend to be the ones serving.

So whether she is right or not, that certainly gave me something to think about, especially considering the activist circles that I tend to find myself, the narrative tends to be quite aggressively different. Haffajee cites proof based on her lived experience to say that in her work, and life spaces, and in the leadership of the country, the dominant powers are black.

‘I cannot say with honesty that the people who run my life in any sphere are white. At work, it’s a mixed bag (though I like to think each of us is our own boss). My city is run by a black mayor. My province by a black premier. My country by a black president. With their hands on the levers of various public fiscus, it cannot possibly be that blacks are in office, but not in power.’

So worth digging a bit more into.

The second reason why I would highly recommend this book for white people in particular (and I guess for black people to know that it is being said) comes from this comment:

‘Danielle says: ‘When you enter white spaces, (there is) pressure to leave your blackness at the door. Everything that has to do with whiteness has value, (You must) put your blackness in a box to go about your work. ‘

I have heard this spoken about by some of my black friends and it is something I am looking to explore more on social media and have asked a few of them to write a post for me on it. The idea of whiteness being a standard that must be pursued at the cost of one’s identity.

Things like language and accent come to mind. So much has been said about hair and schools in South Africa are finally giving some serious thought to it. How we dress and the type of music we listen to and what we eat. The list continues.

But I think the majority of white people are ignorant of the idea that this is even a thing which is why this book is so helpful. Even if just to get the conversations going. These are important conversations.

Working towards a conclusion

I have not finished the book yet, so I don’t know what final point Haffajee is leading up to. But she does give us a bit of a clue in the preface:

I guess there are some who might answer my question this way: ‘If there were no whites, this bloody country would go down the drain.’ It’s not that book either. Thankfully. And still others might answer: ‘And it wouldn’t be a moment too soon.’ It’s not that book, either.’ I prefer to think of this as a love song to an Mzansi I love dearly and as an attempt to see the possible.

I love the hope in that statement. As well as the understanding that this whiteness thing is something that is a worldwide phenomenon and so relevant to all of us. We need to learn to understand it more so that we can start speaking truth into a lie that has forced too many people around the world to be less than they can be.