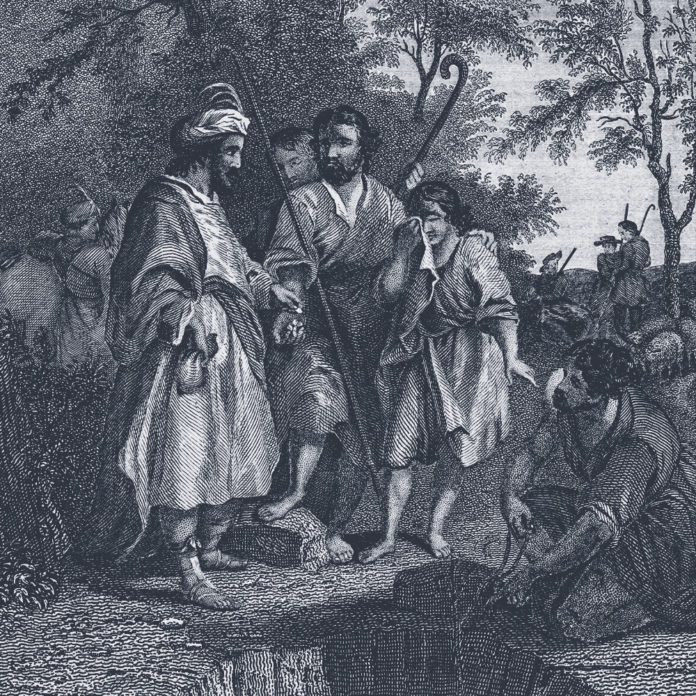 David and Saul are headed to primetime.

ABC is currently working on a TV series based on the rivalry between Old Testament rulers, in a new show called Of Kings and Prophets. As this description from Deadline indicates, it’s got all of the makings of a Hollywood drama: “[It’s] an epic biblical saga of faith, ambition and betrayal as told through the eyes of a battle-weary king, a powerful and resentful prophet and a resourceful young shepherd on a collision course with destiny.”

The show, which debuts later this year, follows a recent string of Bible-based TV offerings, including History Channel’s The Bible and NBC’s AD: The Bible Continues (a miniseries about the early Church), both from Mark Burnett and Roma Downey.

Though the story of David and Saul seems like a good fit for a TV drama (despite the fact it’s recently been tried unsuccessfully), there are still some other Bible characters who seem deserving of the Hollywood treatment.

Here’s our look at six other Bible characters who deserve their own TV dramas. You’re welcome, TV executives.

For those unacquainted with the story, it’s basically got everything you’d want in a miniseries. Jealous of their father’s favor toward Joseph, his brothers fake his murder and sell him into slavery, putting him on a path to one day becoming a powerful ruler—who would have the very same brothers seek his help decades later.

Along the way, a bunch of crazy stuff happens: The real story of Joseph reads like a soap opera (there’s romance and betrayal), adventure (including a long stint in prison), the supernatural (the whole dream-reading thing) and, of course, redemption.

In the Shonda Rhimes era, with networks featuring so many great shows with strong female leads, the story of Deborah would fit perfectly into the primetime lineup.

Deborah was a powerful judge, a wise prophet and a courageous advocate of justice. She was so angry over the oppression of her people that she used her power to orchestrate an uprising, eventually leading an effort to defeat an army of hundreds of chariot-riding warriors.

The undertaking was so dangerous that the man she commanded to take charge said he would only lead the rebellion to fight the army of evil Sisera if Deborah went with him. The exchange culminates with this made-for-TV line of dialogue from Judges 4:9 “Certainly I will go with you. But because of the course you are taking, the honor will not be yours, for the LORD will deliver Sisera into the hands of a woman.”

The story ends with one of the most grisly murders in Scripture, as Sisera catches a tent spike through the head.

For as much as TV loves conflicted protagonists, you’d think Peter would be right at home in primetime. Sunday school audiences tend to primarily think of Peter as one of the main apostles—the one Jesus named “the Rock” of His Church. But the real story of Peter is about a guy who’s just as flawed as the people he’s trying to reach.

Peter, who we’re introduced to as a fisherman, was prone to unpredictable emotional swings. In one moment, he’s pulling out a sword in fit of rage, hacking off the ear of a soldier attempting to apprehend Jesus. In another, he’s publicly denying he’d ever even met Christ while overcome by fear. Peter had the courage to walk on water after Jesus, but needed to be rescued when he began to doubt Jesus’ power.

What makes him so compelling as a character isn’t just his achievements for Christ, but how they happened despite his failures.

A brave prostitute. Spies on a covert mission. A coming massacre. An act of courage that becomes the stuff of legends. No, it’s not Game of Thrones; it’s the story of Rahab.

On the surface level, Rahab is a suspenseful thriller: A prostitute agrees to hide spies in her home in exchange for the promise that her family will be spared in a coming invasion.

But it’s the story’s subtext that makes it such a compelling narrative, one that would make for a dramatic TV series. Is it OK to lie if your intention is for the greater good? How does a prostitute become one of the most revered women in Scripture (she’s recognized in Hebrews 11’s “Faith Hall of Fame” alongside Moses, Jacob and Abraham)? How does God choose the people that act courageously for His Kingdom?

Rahab’s story is exciting, but its message is complex and challenging.

When it comes to Old Testament patriarchs, Moses gets all the love in Hollywood. He’s been featured in so many TV miniseries and movies that he’s even got parodies based on his TV shows and movies. Why not give some attention to his successor, Joshua?

First, his story starts with espionage, as he and 11 spies sneak into the Promised Land, behind enemy lines, to scope things out. Then, it moves into some pretty action-heavy war sequences, including taking out Jericho with an army of trumpets and several battles that feature divine intervention in the form of killer hailstones and the stoppage of time itself.

Finally, it transitions into a political drama, with an aging Joshua attempting to sway the opinions of his people back to God through diplomacy.

The story of the Exodus is familiar on-screen territory, but the life of Miriam offers a fresh perspective to the narrative.

As the older sister of Moses, she’s the one who placed him in a basket on the side of a river to save him from an infanticide ordered by Pharaoh. And, along with being an influential prophet, her anthemic song of victory following the march across the parted Red Sea underscores the drama of the story.

Miriam’s life also had its share of sibling conflict: After disapproving of her little brother’s marriage, she was struck with leprosy, only to be miraculously healed a week later.

The story of Moses is about what it’s like to lead, but Miriam shows us the Exodus through the eyes of one of the people who must follow.

Would you watch this? Do you think we should have more Bible stories on television? Click on the banner below and share your thoughts.