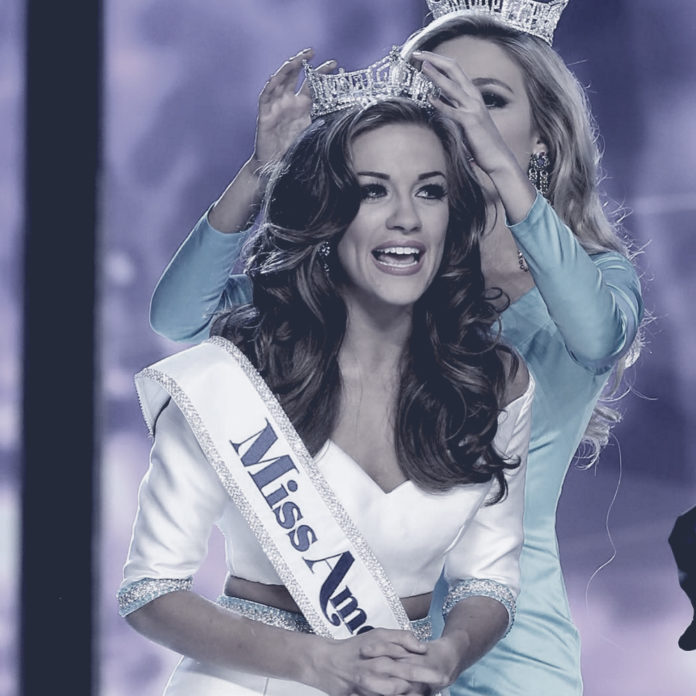 Miss Georgia Betty Cantrell is the new Miss America, but her crowning moment was nearly overshadowed by a three-decade old pageant scandal, and a still-raw debate over whether the NFL’s reigning champions cheated on their way to a Super Bowl victory.

“I’m still so overwhelmed, I don’t know what to say other than thank you! ” Cantrell told reporters moments after being crowned Miss America.

The pageant also marked the return of Miss America 1984 Vanessa Williams, who was back for the first time after resigning the crown following a nude photo scandal. Pageant executive chairman Sam Haskell apologized to Williams on behalf of the pageant.

“I want to apologize for anything that was said or done,” Haskell told Williams as they stood on the stage and the audience bathed her in applause. “Vanessa: Welcome back!”

Contestants from all 50 states, the District of Columbia and Puerto Rico were vying for the crown. The U.S. Virgin islands, which competed last year, could not field the required minimum number of entrants this year, pageant officials said. It is eligible for future competitions.