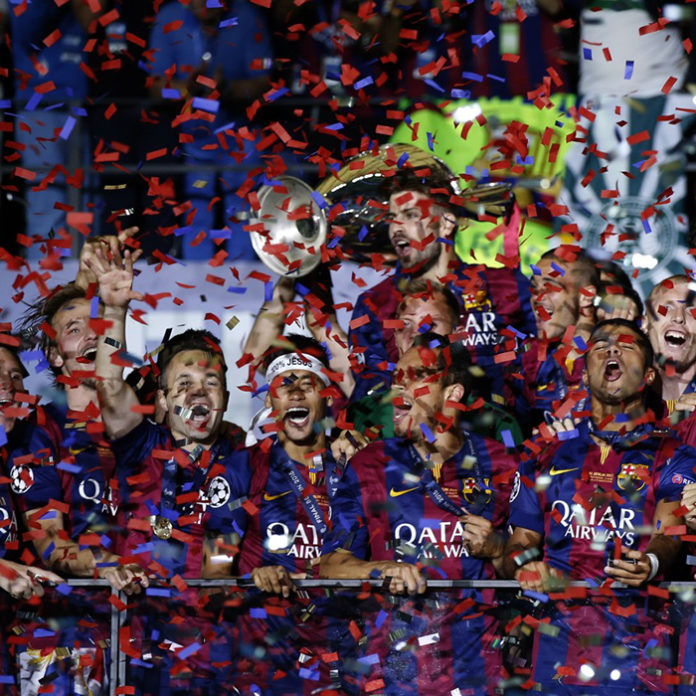 Luis Enrique says Barcelona aim to become the first team to defend the Champions League title as the head coach considers his future despite steering them to an historic treble.

Luis Suarez and Neymar scored second-half goals to give Barcelona a 3-1 Champions League final victory over Juventus on Saturday as the Spaniards became the first team to twice win the European treble.

Enrique capped his first season as Barcelona’s head coach by matching Pep Guardiola’s feat from the 2008/09 season when the Catalans captured the European, Spanish league and cup titles.

An early goal by Barca’s Ivan Rakitic was cancelled out when Juventus’ ex-Real Madrid striker Alvaro Morata equalised on 55 minutes.

But Suarez put the game beyond the Italian champions with a 68th minute strike off a rebound at Berlin’s Olympic Stadium before Neymar added the third with the last kick of the game in the 97th minute. 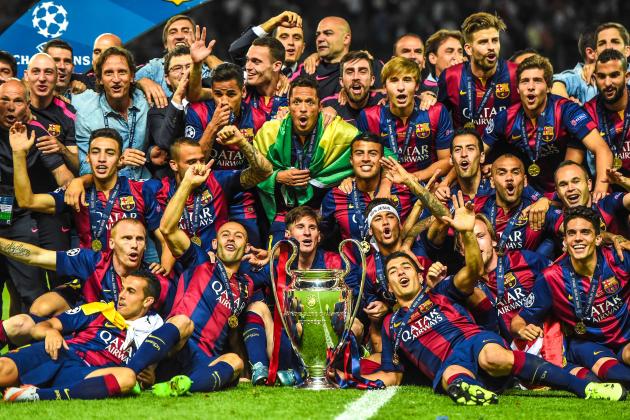 Barcelona have now won five European titles, four of which came in the last decade after their 2006, 2009 and 2011 triumphs.

Enrique says their hunger for silverware is insatiable and they want to make more history by becoming the first team to win back-to-back Champions League titles.

“This is our 60th match (this season) with six defeats and four draws,” said the 45-year-old.

“Those figures show that this has been one of Barcelona’s best campaigns.

“In the last ten years, this has been the most successful club in Europe.

“These players have shown hunger for victories and they’ve shown they enjoy it so much, we have to nourish them with more titles.”

Enrique is yet to commit to a second season ahead of the club’s presidential elections as he has had a tense relationship with current incumbent Josep Maria Bartomeu.

“I want to celebrate the win, but the time will come when decisions must be made,” said Enrique.

“It’s been a difficult year with lots of transition, but I have to thank all those who have trusted me to lead Barcelona.”

Juventus suffered the unwanted fate of becoming the first team to lose six European Cup finals, 30 years after winning the trophy for the first time which was overshadowed by the Heysel Stadium disaster.

On the streets of Barcelona, where you could have heard a pin drop during the final, thousands of ecstatic fans dressed in their team colours of blue and red celebrated with cheers, chants and fire crackers.

Content courtesy of www.supersport.com
Do you have questions about Jesus or would like to know more? We would love to connect with you. Just click below to send us your questions!