1Africa
Home Culture Barack Obama – The Farewell of the Century 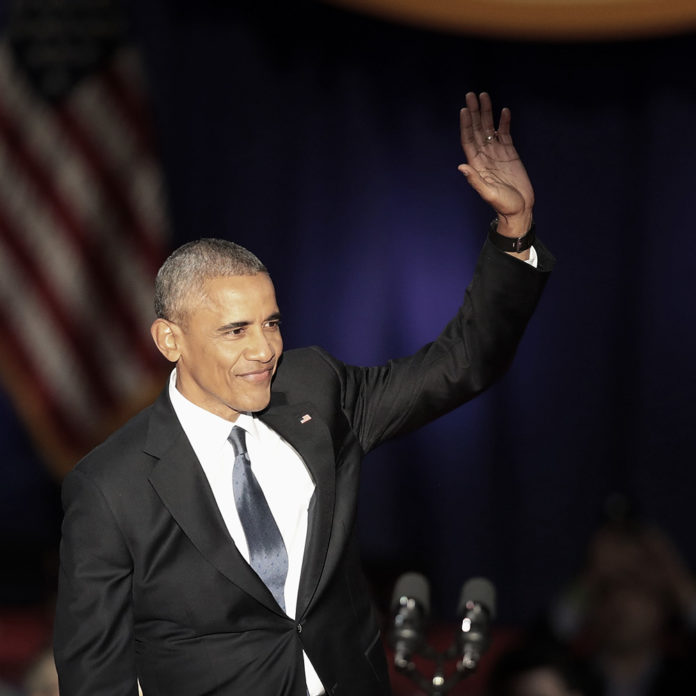 For some, it maybe difficult to stomach that the White House will soon have a different inhabitant.

This transition is possibly even harder after Barack Obama’s outstanding farewell address on 10 January 2017 –  in Chicago, where his career took off. It is also where he met his wife, Michelle. It would also be the place where he announced his candidacy for president all those years ago.

And after two successful terms in office, the outgoing POTUS (President of The United States) proved why the world fell in love with him during his farewell address.

Ending it off with the statement “Yes we did”, a follow-on from the battle cry of his victory speech in 2008 – “Yes we can”.

In his address, Obama dealt with the underpinning values of democracy and the threats to freedom.

He reminded people about the value of economic freedom and opportunity, while cautioning the Americans never to take it for granted.

At one point, when he began to discuss the preparations for President-elect Trump to take office, he reminded the crowds that it was the successful transition of power that made America stand-out once again. Calming the jeers and shouts of “boo” at the mention of Trump, Obama was a gentleman in reminding Chicago that then President George Bush had been gracious in preparing the way for him. He would return the favour.

His speech will no doubt go down as one of his finest – ever.

It should be recorded as the farewell of the century.

Even with his record, remaining gracious and humble above all.

He took a moment to acknowledge his “best friend” Michelle and his “brother” Vice-President Joe Biden for their support and dedication to his cause.

It is worth watching in full: