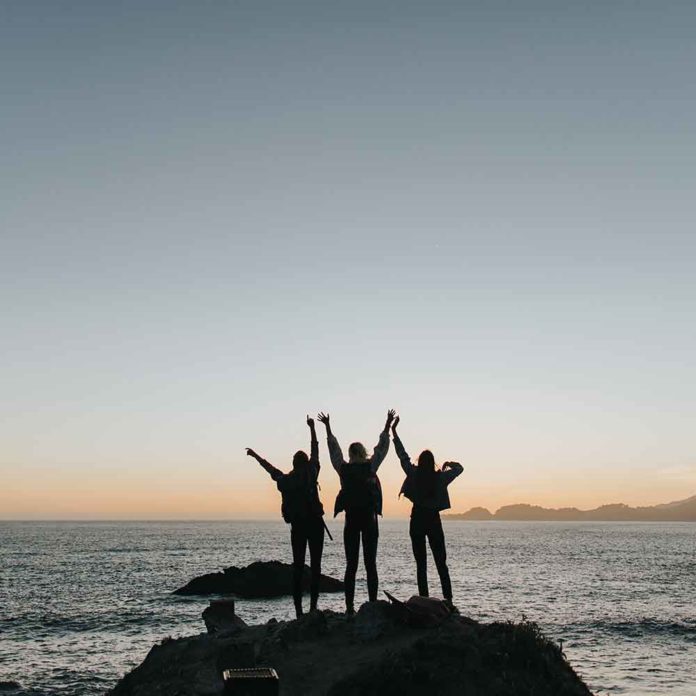 Recently I caught myself starting to slip into a habit that I had taken years to kick. It was a habit that was a big cause behind my struggle with addiction, as well as the cause of insecurity that almost crippled me when I first left school. This habit is extremely stealthy – specifically because no one else would ever be able to call it out. In fact, the more you give in to the habit, the more people might like you. But all the same, it eats away at your soul like acid while the world applauds you. I’m talking about the habit of pleasing others.

Now you might say that pleasing others is not a bad thing… And in many ways it isn’t bad at all. But there is a catch. If you live to please others – shielding who you truly are with external façade of accommodating attractiveness – you will end up lonelier than ever, with more Facebook and Instagram friends than should be acceptable. Everyone around you could be impressed by your actions and your intentions, and all that is great. But if they saw how you’re really doing behind the scenes – would you be embarrassed or defensive?

If you live for the approval of others, you will end up thinking about yourself in the ‘third person’. The way you manage your inner struggle is by taking a few selfies – seeking feedback from your peers on what their opinion is about you. Once you receive affirmation in the form of likes, comments, shout outs and/or conversations, you then conclude how you’re doing. Never before could people canvas for approval or lobby for ‘good ratings’ when it came to their identities. There was a point in my life where the thought of others pitying or thinking ill of me would literally send me into depression. If public opinion wasn’t favorable, then I had an existential crisis.

While all of this ‘acting’ is going on, life still is more raw and real than ever, however. You still have huge issues to deal with and insecurities that are rooted in your mixed-bag past – and even though we don’t want to let on to anyone that things aren’t going okay, we still have to deal with our emotional burdens somehow. Whether it is by internalizing and agonizing over them in silence, or finding some sorry soul to spew all your pent-up emotion out onto, I have learnt the hard way that ignoring my emotions is an incredibly toxic way of living. It’s like trying to keep the surface of the ocean still while a tsunami tide is raging underneath. A few miles down the line, there is inevitable catastrophic repercussions for not facing and being honest about where you are at personally.

That’s where authenticity is vital. You can either live out a shallow, surface level existence – trying to dodge the toxic land mines in your life and worrying about what everyone else is saying about you. Or you could live being real and raw and vulnerable – cutting all of the rubbish and living honestly. This way of living went against every fiber of my being. I have British heritage and the ‘Keep Calm and Carry On’ mentality was definitely inherited directly. But if I kept up the act and allowed the world to vote on how I was doing as a human being, I would not be free or fulfilled today. I would probably still be holed up in my bedroom – terrified of what the day may hold. Here are a few things I have discovered about the value of authenticity:

Authenticity always starts with you

You have to be honest with yourself first. You have to be aware of your state of mind, your emotions and your spirit. It sounds clinical and it is definitely not a comfortable exercise, but if you can confidently back yourself as being 100% authentic then it no longer matters what the world thinks of you. In fact, authenticity breeds genuine approval from people who truly matter. It might seem like a lot of effort to get people to like you. But when they do, they are actually liking who you are, not who you pretend to be.

The value of authenticity can only be seen over time

When you look at the people in your life today, there is no real way of telling who will still be around in 10 years – who will still be on track and in step with you. Some may have settled for different dreams. Other may have died or been affected by a curve ball. Still others might sprint far ahead of you. But the one thing that will ensure you have no regrets is how authentic you are right now. When the hair starts to grey and the looks start to fade, you will find authenticity will hold you stronger than ever. Anything that you have built that is of value needs to be able to stand the test of time. If you aren’t living authentically, the thought of living in the same manner for more than ten years will exhaust you. Being who you think others expect you to be is a great waste of valuable time and energy.

Here are some uncomfortable truths that I had to face: I need help – from people who are qualified to give advice. I am an emotional mess. I have an issue with pride. I’m no better than anyone else; nor worse than anyone else. I don’t know who I really am. I’m allowing things in the past to make me live like a victim. I am a sinner – I’ve messed up big-time and need the grace of God just like everybody else.

I know this isn’t the most inspiring thing to read, but I pray that it hits home that you are so much more valuable than anyone will ever see. And you need to believe it yourself first if you want to weather the storms of this world. Facing yourself – a broken, needy part of humanity – may be uncomfortable, but if you have a relationship with God it is not the end-point. The hope of understanding that He sees you, as you are in all your failure and hurt, and wants to embrace and love you, is extremely powerful. Click on the link below if you would like to know that great love – that disarms your fake efforts for approval and heals the core of who you are.