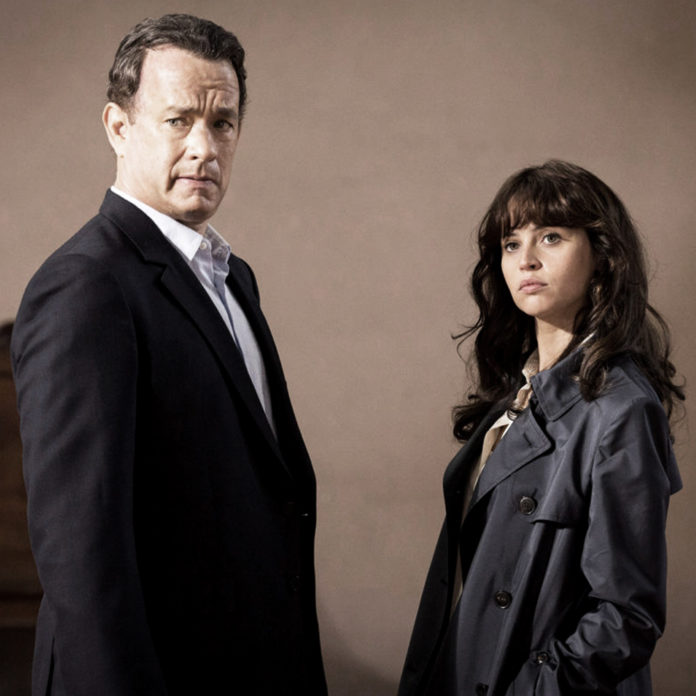 “Yes, people will die, a lot of them – but the crisis will be averted…”

“Killing billions to save lives? That’s the logic of tyrants!”

“It’s for the greater good!”

“Genius does not come with extra rights!”

“No, it comes with the responsibility to take action when others won’t!”

“If you want to do something, fine – then scream at the top of your lungs! Vent, and LEAVE!”

“If you loved this planet, you’d do anything to save it…”

“Some of the biggest sins in human history have been committed in the name of love. No one will look on this act and call it love!”

“They’ll be alive! What does it matter what they say about us?”

The Da Vinci Code, Angels and Demons and now, Inferno. All mystery thriller films based on the books of the same name by the infamous author Dan Brown.

The films, directed by Ron Howard and all staring Tom Hanks as Robert Langdon, a famous symbologist who, time and time again, has to follow and figure out the clues to great mysteries that have to do with saving the world.

Anything Dan Brown related was seen as sort of  scandalous amongst the worldwide church in 2013, causing months of speculation. We didn’t hear the end of it, and so, it was at least a year after the Da Vinci code was released that I ended up watching it. Soon afterwards I found myself watching Angels and Demons, and quite enjoying it, understanding the film’s perspective and place as art and self-expression.

This being said I quite looked forward to seeing what would come out of the latest release. In keeping with my personal tradition, I decided not to read reviews (good thing I didn’t – they were mostly bad despite the film grossing really well!), and just watch it – I mean, what could go wrong with Tom Hanks and Felicity Jones (who plays Sienna Brooks), the new Star Wars girl?!

URRRGH! Lets just have a moment for STAR WARSSSSS!

Anyway, back to the story. This time the world is about to end at the hand of a billionaire, who is about to release a dangerous virus that would wipe out half of the world’s population. The only one who can help is Dr. Robert Langdon who himself needs help from Sienna Brooks, a doctor, that he meets when he wakes up in a hospital with amnesia.

The biggest theme in the film is one of moral questioning.

It always happens this way in films. The bad guys are always good guys who are convinced that in order to do more good – many people (the same one’s that they are trying to save) have to die!

Boy, am I glad that the Gospel story is one that tells of a God who saw that we were doomed – and instead of killing us all, loved us enough to instead, send his son in our place.

The start of this year has been great for me, but I’ve found the need to give up a lot of what I was holding close to me before! So, much so that just watching the movie, left me more floored than ever before. Undone by the “otherworldly” kindness that God and his son Jesus showed to us – while we were all still sinners, by the way. INSANE! How do you tear yourself away from someone or something that you love so much?

I’ve sensed the need to have to give up more and more this year in order for me to walk forward in what God has planned for my life. In fact, I don’t think that the fire that burns in my heart for God will be able to burn and turn into an INFERNO until I do.

Inferno – A fire burning dangerously out of control.

Without an intense fire, there can never be new life, and without you and I accepting what God has already done for us through Jesus, we’ll always be sacrificing more than we should or holding on to burdens that we shouldn’t.

If you want to know a little more about what I’ve started to talk about, why don’t you click on the banner below?