1Africa
Home Culture You have to have Ambition: new card game review 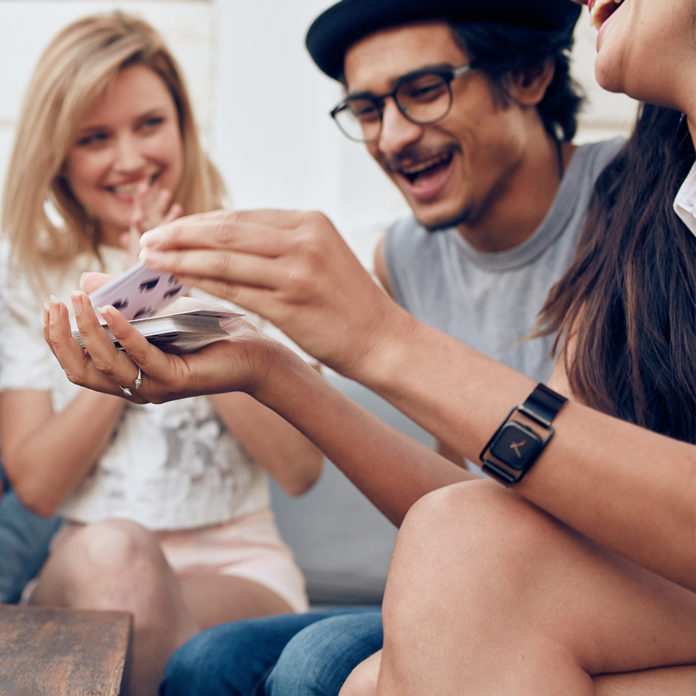 A week ago I joined about twenty people at the Big Box, a popular local games cafe,  to battle it out and see who would emerge as the top Ambition player in a free tournament set up to help release the game.

The Release of Ambition

What was super exciting about this particular game launch is that this was not a case of the usual suspects of international board game producers, legends such as Rio Grande, Z-Man or Fantasy Flight. Rather this was the work of local fulltime lawyer Robert Acton and his new game Ambition which he is slowly rolling out to the public.

As Craig Risi writes in his game review of Ambition:

‘Ambition is a simple game consisting of only 16 cards and a few tokens, yet one with multiple layers of depth and strategy once you become familiar with it.

The game has a fairly low barrier of entry with the rules being simple and easy to understand. Though the cards can be a little difficult to get to know and understand, it normally will only take a few games to get into the swing of things.’

And it really is that. Having watched a brief explanation video on You Tube that Robert had featured in, I arrived feeling fairly confident that I knew what was going on and was even able to explain it to some friends who I had invited to join me.

The how of the game is very easy – typically you have two cards in hand and have to pass one on to the next player and then play one of your remaining cards face down. So people know something of what you have in your hand and then it becomes a guessing game of strategy vs audacity to decide which card you’ve played. Because before the cards are revealed, each player gets to block one character and if it is the one you have chosen to play, you lose your turn.

That is the game in a nutshell where the purpose is to gain ten coins that the different character cards help you gain or steal through different abilities each one of them has. If you play the king you get three straight coins [so guess who gets blocked a lot]; the thief will allow you to steal two coins from other players; while the assassin will remove a character from the game forever [goodbye thief!]. And so on.

Simple yet devastating in the complexity of each turn

Craig Risi chatted to Robert Acton about some of the planning behind this particular game:

“It started around simplicity. I’ve designed many other far more complex games before Ambition and I’ve learnt if you want to make a game appeal to a wide audience, it needs to be easy to understand and yet deep enough to keep you playing. Excitement with complexity.

People get turned off by too much complexity in games. I was initially driven by the themes behind the different cards. Having special cards in a game that make a difference to the game at hand when they come into play and took it from there.

I went through many extensive sessions of development, but it was only when I came across the blocking mechanic, that I knew this might game could finally be a viable option.”

It really is a good game

After five rounds of nerve-wracking and intense competition I managed to make it to the final table where at one point there were three of us with eight points and another person on nine chasing that elusive final point.

I did not win and claim the autographed copy of Ambition that was on offer but I did walk away with a new game that I want to get my hands on soon.

I play a lot of board and card games and I have to admit that most of the news ones I have learnt in the last year or so feel like they have a short shelf life. Play it five or six times and then you will be bored. Whereas Ambition joins favourites like Settlers of Catan, Lords of Waterdeep and Dominion that you can keep pulling out regularly and playing again.

I went to Robert afterwards to personally tell him that I believe Ambition is a good game – not just a good game ‘for a South African’ but a really good game. There has been so much thought put into the balance and nuance of the characters and the abilities that multiple plays with different people will force a consistently transitioning strategy depending on what cards are in play and how your opponents choose to play them.

If you are looking for a simple yet challenging game to add to your games table, or even if you are looking to start playing some games with friends [Ambition works best with 3 to 5 players] then consider getting your hands on this game before it goes International as I have no doubt it will.