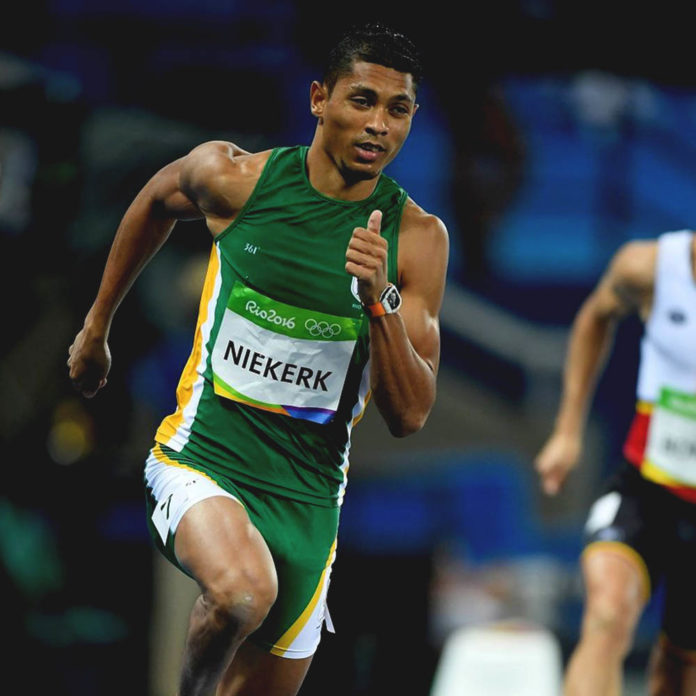 Wayde’s latest accolade saw him break another Michael Johnson record when he ran the 300 m in 30.81 seconds, during the Golden Spike meet in Ostrava, Czech Republic.

Usain Bolt is now the third fastest athlete to run over that distance. He recorded a time of 30.97 in May 2010 at said Golden Spike meet in Ostrava.

.@WaydeDreamer is now the first man in history to go:

Who's hiding behind @usainbolt?! It's @WaydeDreamer the 1st man ever to go:

As if his performance at the Golden Spike meet in Ostrava was not enough, Wayde went on to break a world record for 2017 at the Diamond League meet in Lausanne, Switzerland where he ran 400m in 43.62 seconds.

Thanks for a great meet @Diamond_League #Lausanne and thank you for everyone's massive support! ??#RoadToTheFinal pic.twitter.com/D8irDtASAr

Wayde has only run the 400m faster on two occasions: when he won his world title in Beijing in 2015; the other was a year later when he won Olympic gold.

He is clearly in good form and all eyes will be on him going forward, as many seem to believe he is the next big thing to follow the ‘Usain Bolt act’ – one which will be tough to beat no doubt.

But at this stage, it would appear all things are possible for ‘King Wayde’.