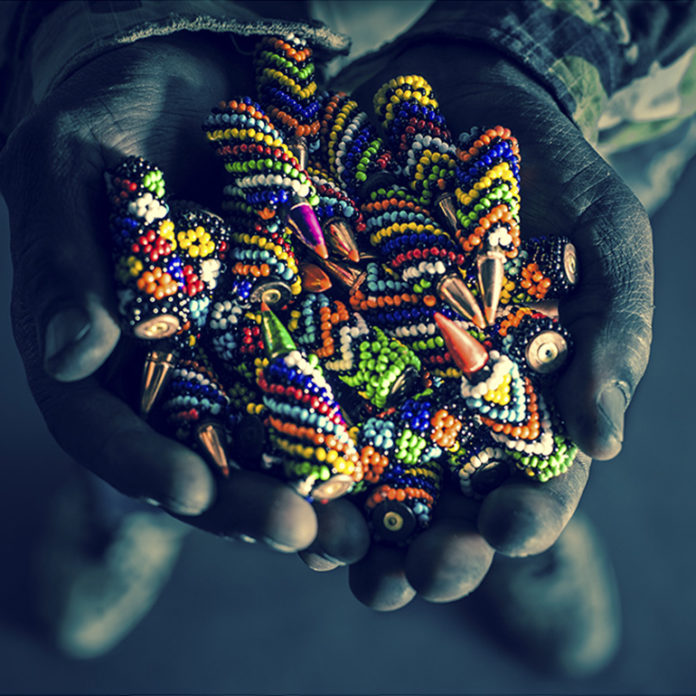 “Cain killed Abel with a rock: we have a heart problem not a gun problem.”

If anyone would open a conversation with me using these slogans or sayings, I would have quite a few words for them. Those that have tried before have found that the conversation continues for a few hours, let alone a few words.

My main argument against these kinds of statements is not connected to the theories behind them but more the lack of a solution to the problem. What is the point in saying that “guns aren’t the problem, it really is a soul problem” or things like, “It is an individual’s responsibility and choice but don’t blame the manufacturers for the fact that guns are offered as a solution to some of society’s problems”?

Can we really blame people for killing, for using protest, violence and war to voice their opinion when we give them no other alternative?

It is ludicrous to me that the world sees the supply of arms as a form of trade. Is is also deplorable that our governments use this trade as a preferred means of corruption. Corrupt leaders paying for weapons with state funds AND receiving enormous kickbacks from weapons dealers. It seems that bloodshed and strife are just an unfortunate side-effect of a few getting richer and the money gained outweighs the sacrifice.

How can we change the face and image of our continent if we keep on fueling conflict? 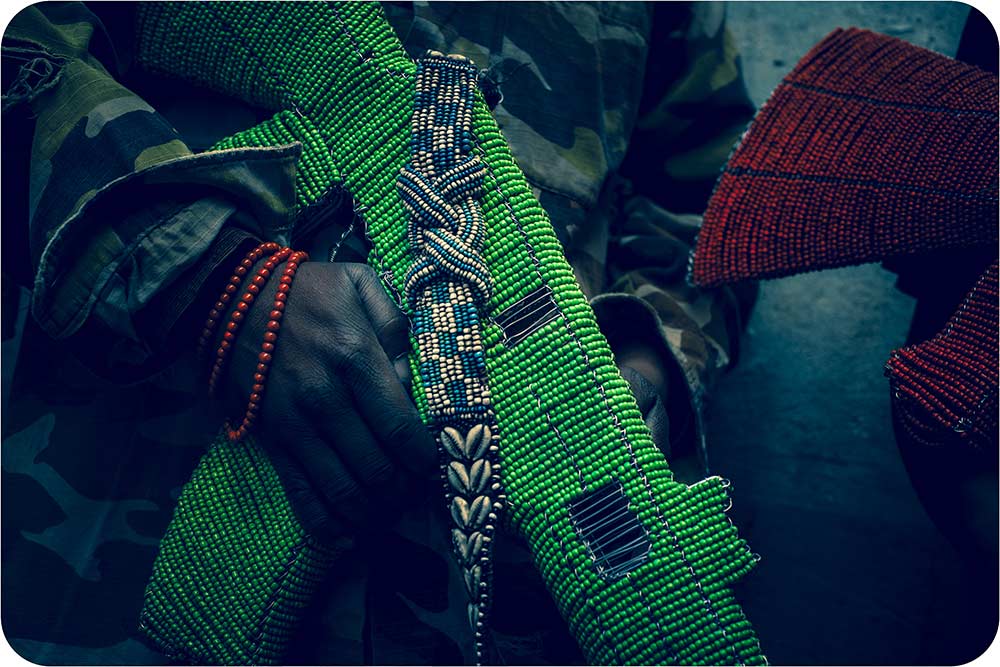 In response to his alarm at the accessibility of guns in his home country and the obvious obsession that Africans have with the AK-47, Ziman set out to create his newest collection of artwork entitled “Ghosts”. This collection aims to capture the unseen traffickers and the nameless faceless people who are killed. 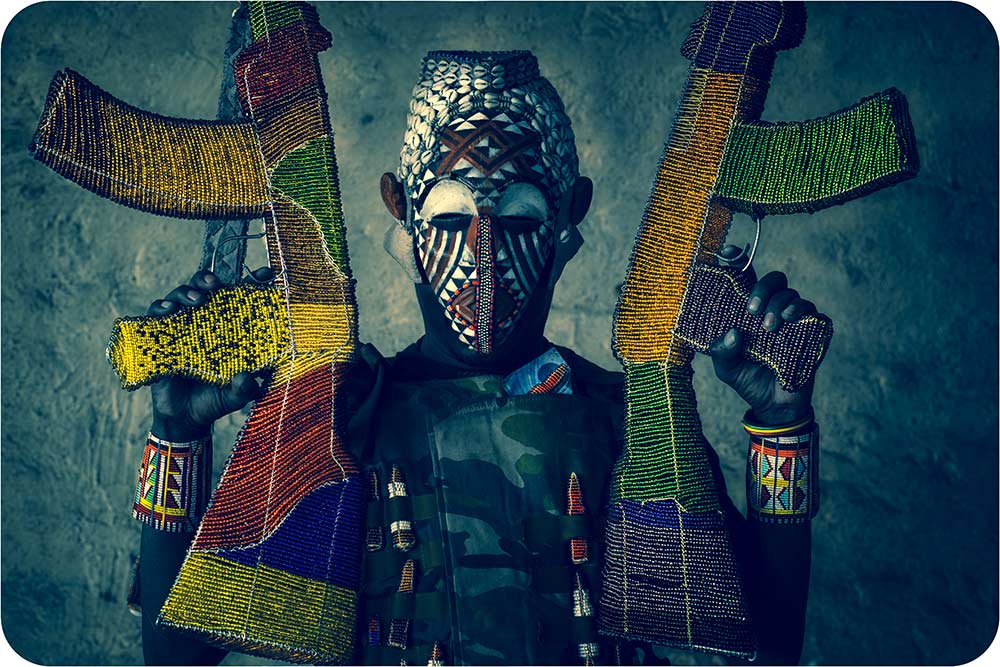 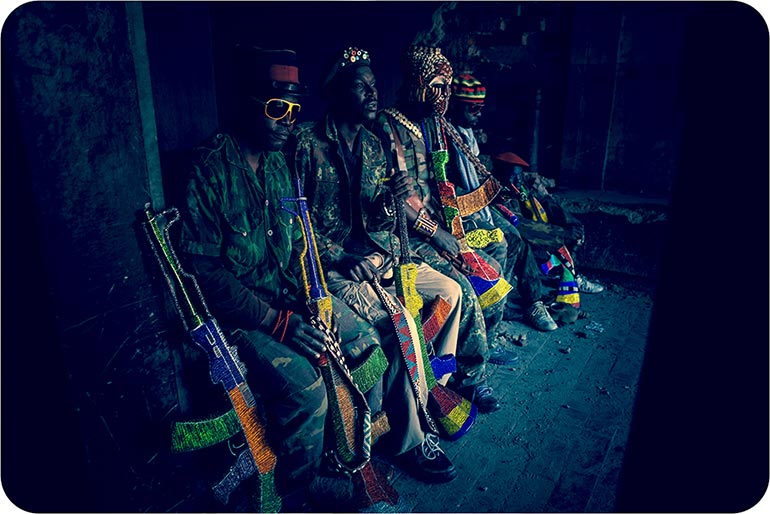 In response to the guns sent into African culture and to subvert the destructive cycle of the international arms trade, the mural represents a purely aesthetic, anti-lethal cultural response, a visual export out of Africa. Furthermore the beaded guns themselves, manufactured in Africa, will to be shipped to the USA and Europe. 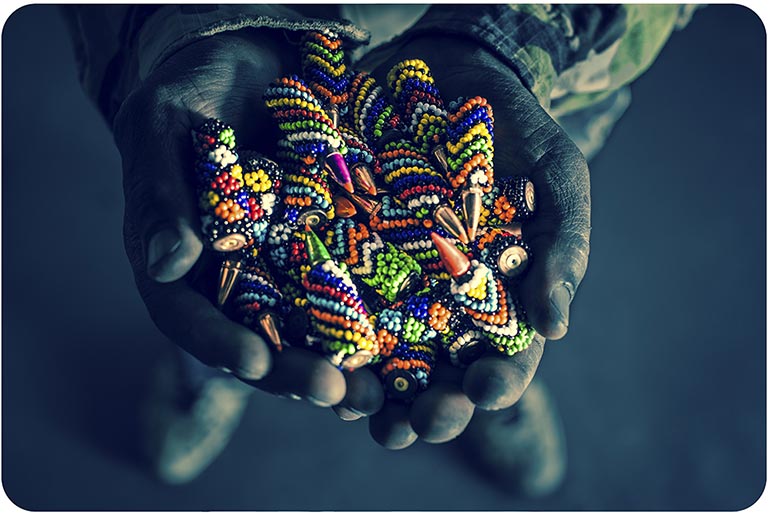 We often see stereotypical images of Africans, soldiers, rebels, fighters, with guns but somehow this is different, it’s non-lethal, brightly colored, strangely beautiful and sad at the same time. It became sort of like a Vogue fashion shoot, but different. A subverted fashion show. Shocking, beautiful and sad.

The beaded guns took about 6 months to complete after which, Ralph Ziman had a photo shoot in Johannesburg, South Africa, using the artist as his models. Surprisingly none of the models needed prompting or direction, each knew how to stand and pose with the AK-47’s in their hands.

The “Ghosts” collection will be on exhibit from 8 February to 2 March 2014 at the C.A.V.E Gallery in Venice, California, USA. http://cavegallery.net/

Read more and view the complete collection online at http://rz-art.com/ 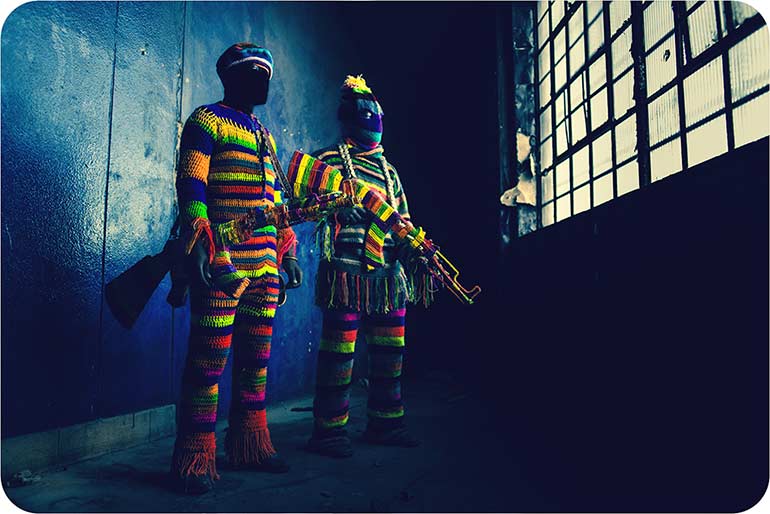 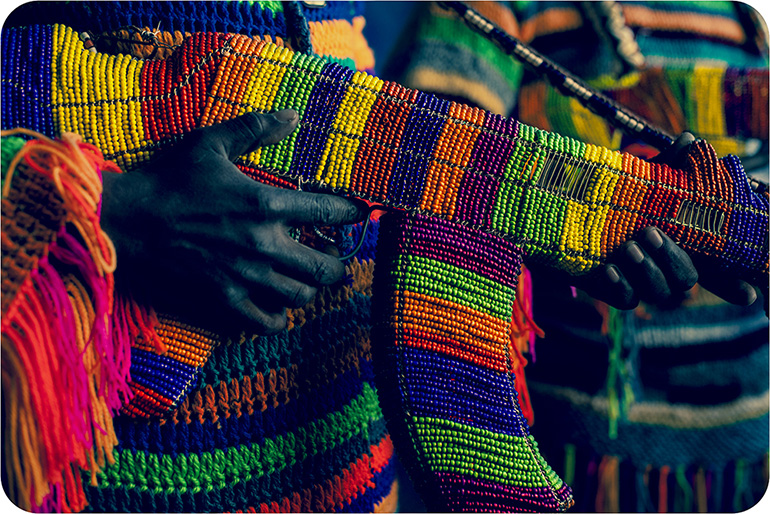 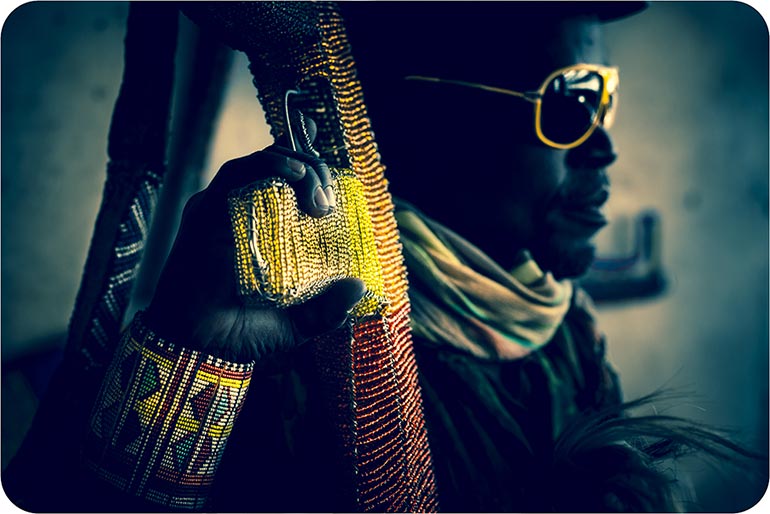 Africa is marred by violence and defined by war, in fact if we had a continental symbol is would be an AK-47. In fact, if you look closely, you will find it on the national flag of Mozambique.

Again I ask, what is the solution we are putting forward to combat this insatiable addiction to guns, bloodshed, violence and war? How will we learn to behave any other way, use anything else as a means of communicating out frustration and anger if we only have guns at our disposal? What is the alternative?

Comment below and let us know if you think there is a solution to hate, anger and warfare. Or if there isn’t…