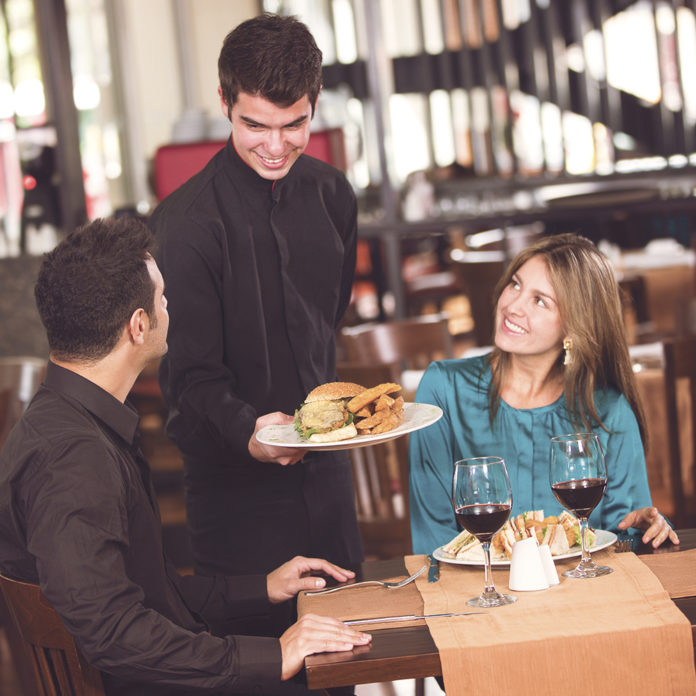 Last night a restaurant manager made me feel bad. Which in turn made me feel angry. Yet I was super courteous, paid the bill (which he had removed the offending item off) and left. But I will certainly never go back there again (despite a really amazing burger).

It takes visiting another country (we lived in Americaland for three years) to realise just how bad the service we often get in restaurants here can be. And how we typically accept it, smile and nod, and carry on with our lives.

It was a fairly busy restaurant and we were meeting for a function with a friend and so a good 30 to 40 people so it wasn’t the easiest setup. When I ordered my burger (Val wasn’t hungry so she ordered her drink and deferred her meal for later) the waiter was all over it and kept coming back to check if everything was okay. I straightened myself on my chair at one point and the waiter came running up to see if I wanted something else.

Got my burger and it was amazing and then we put in an order for Val’s meal and a coffee for me (and not even a fancy coffee). And then a black hole opened up and our waiter was sucked into a mysterious vortex and never seen again.

Eventually, close to an hour later he returns with a giant steak that he places in front of her and a few seconds later removes again because it was the wrong person for that meal. I eventually get my very boring, normal, uncomplicated coffee and Val gets her much smaller steak. Which, when she is half way through, turns out to be completely rare on the one side and so I take it back. They eventually return with the small piece of steak we returned cooked properly.

So when I went to pay, we pretty much had to fight to get the meal taken off the bill and the manager was clearly not convinced that we had been wronged. Not cool, South Africa, and yet why do we put up with it?

There seems to be a culture of being okay with bad service in this country.  Maybe part of it is because we are so used to fighting for things in other areas of life that when it comes to a meal or drink we’re just so tired and just aren’t bothered any more.

Although, let’s be honest, this bad service is not limited to the food industry. I could talk for hours about my internet experience and other people will be able to share stories of banks, home affairs, government hospitals, and more.

But surely in the food industry it makes the most sense – where the quality of service given often leads to the money you make from your shift.

ONE THING I DON’T UNDERSTAND

This really is a mystery to me. I worked in a particular family steakhouse restaurant for five years (many years ago) and understood that really quickly. The better my service to everyone, the more likely I am to be tipped well.

While certain waiters would tend to recognise previous customers or hold stereotypes (sadly church people don’t tip was one of those that proved true a little too often) I chose not to. Assume everyone will tip and leave them as happy as absolutely possible and your chance of being tipped is at its maximum.

That doesn’t mean everything always goes right or perfectly and I don’t think that’s what the customer expects. When something goes wrong we just want to be informed truthfully and given expectation as to when and how it will be fixed.

For me it really comes down to this: If you are in a place doing a job then you might as well do it to the best of your ability. If you smile at customers, if you try your best to help them, if you give good service or great damage control, then the likelihood is that you will lift the spirits of the people around you. Which will hopefully make them give you good attitude and possibly a good tip. Which will all round make everyone’s day better.

How about you? Have you had any experiences that suggest that bad service is something we too freely accept? Share a story in the comments.