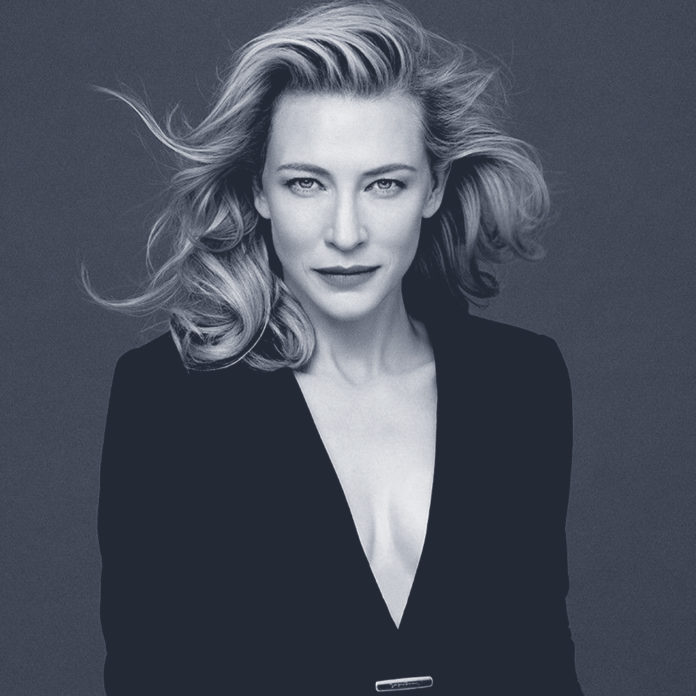 It’s award season and films are pouring into theaters. Of course, the fastest way to the Academy voters’ hearts is to play a real person.

Well, to save film studios some time, we made a list of 10 biopics we’re ready to watch. Producers, directors and actors, consider yourself put on notice. Just be sure to mention us in your acceptance speech.

Well-behaved women rarely make history. As fashion’s reining punk princess, Vivienne Westwood has already proved the worth of her artistic bad behavior. But when the designer jumped on a tank and road it to the home of British Prime Minister David Cameron to protest fracking, she went from icon to legend.

Sure, she’s already tied up with work embodying Lucille Ball, but after playing likeminded rogues in The Aviator and I’m Not Here, here’s hoping Cate Blanchett might have room for one more wild woman in her schedule.

The story of a pop musician who frees himself from the tyranny of his bandmates and the tangles of an evil corporate record label. Having played leaders of states (Lincoln), and fearful gang leaders (Gangs of New York), Daniel Day Lewis has proven that he’s up for the task.

Bonus: like Morrissey, the actor is a vegetarian, so he won’t even have to undergo a ritual purification process to play the famous Meat is Murder activist.

8. Alex From Target: Basically any Hollywood actor under 25

A young, attractive, polite kid full of promise becomes internet famous. But who can fully embody the ethos that is Alex From Target? Is Bieber acting these days? No? I don’t know. Pull a headshot from a pile and let’s make this happen.

Sorry Helen Mirren, you can’t play every royal. As Lady Di was the People’s Princess before her tragic death in 1997, we have a left-field casting suggestion—Renee Zellweger. Sure, it’s outsourcing the role in a nation full of classically trained actors just dying to get their hands on the part. But having already nailed the role of British everywoman Bridget Jones, we’re pretty sure Zellweger could rise to the occasion.

Sure Eric Stonestreet may play the goofy Cameron Tucker on Modern Family, but over the show’s six seasons, there’s been opportunity for a fair amount of depth. He’ll need it to tap into the ethos of Kim Dotcom, the German-born, New Zealand-based digital Megaupload owner.

But surely, the role will also give a Stonestreet a chance to stretch his comedy chops too. Never let us forget—he’s playing a man who voluntarily changed his last name to “Dotcom.”

A crucial member of the Motown scene, it’s downright shocking that filmmakers aren’t rushing to make (and remake, and remake again) a film featuring the R&B legend’s rise to fame.

Maybe it’s because finding an actor who can also sing is trick—oh wait, Mos Def exists. Producers, start your engines.

As a musician, Jack White has gone from instant icon (See: The White Stripes’ infectious rifts and peppermint swirl aesthetics) to musical eccentric, producing fanciful vinyl with Third Man Records, and even more fanciful rock as part of Dead Weather, The Raconteurs, and as a solo artist.

Who better to play the Willy Wonka of the music world than the man who actually played Wonka?

As an essayist, David Sedaris explores the cringe-worthy side of everyday life with an unflinching, gimlet eye. As Michael Scott on The Office, Steve Carell often was the one causing all those daily awkward moments. What happens when droll meets zany? We’d love to find out. (Bonus: who doesn’t want to see a young, zany Amy Sedaris, played by Jennifer Lawrence, stop by for some verbal sparring with her older brother?)

2. Amy Winehouse: …actually, strike that, production closed due to lack of casting options.

On July 23, 2011, Amy Winehouse died of alcohol poisoning. The 27-year-old singer/songwriter left behind a half-finished third album and a tragic legacy of being someone who almost made it out alive.

But who could fully embody the musician in all her euphoric highs and heartbreaking lows? Lady Gaga? Rihanna? Umm … no thanks.

Someone other than Kanye playing Kanye in a film that traces his meteoric rise from beloved rapper; to Kardashian beau, to 2020 presidential candidate? That’s just crazy talk.